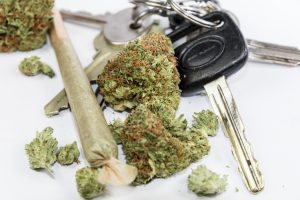 As more states legalize both medical and recreational marijuana, more drivers are getting behind the wheel while high from THC. Research on how marijuana affects one’s ability to drive is happening all over the country, but many people believe that driving while high is just as dangerous as driving while intoxicated from alcohol.

While much more research is necessary to study the physical effects of THC on the ability to drive, it’s clear that no matter how much people insist that they can drive high just as well as they can drive sober, car accident statistics do not support that claim.

According to an article published by CNN in October 2018, the National Transportation Safety Board (NTSB) reports there has been an increase in the number of drug-impaired drivers in recent months. The CNN article points to information provided by the Insurance Institute for Highway Safety’s (IIHS) Highway Loss Data Institute, which found that the legalization of recreational marijuana has not increased the number of accidents involving fatalities, but that states that have legalized recreational use of pot are seeing more car crashes overall.

These findings include results from two studies presented at the Combating Alcohol- and Drug-Impaired Driving summit at the IIHS’ Vehicle Research Center. The first study found that crashes are up as much as 6% in Washington, Oregon, and Colorado, compared with neighboring states that haven’t legalized recreational use of pot.

A second study examined the number of police-reported accidents before and after the legalization of recreational use of pot in Washington, Oregon, and Colorado. Similar findings revealed a 5.2% increase in car accident rates after legalization than before weed was legal in those three states.

In one study conducted by the IIHS, researchers found that a small sample of drivers who smoked pot before driving had slower thinking and perceptual skills. Drivers under the influence of marijuana tended to weave more when tested in simulators. Scientists say more research needs to be done to better understand the correlation between the concentration of THC in the blood or urine and its impact on driving ability. Most people will agree that pot has the following side effects on most users of the drug, and that these side effects may affect one’s ability to drive:

Driving Under the Influence is Illegal

Regardless of the research on how marijuana affects one’s ability to drive, one thing is indisputable: driving under the influence of alcohol and any drug is illegal in all 50 states and Washington, D.C. Even in states in which recreational and medical marijuana are legal, it is against the law to get behind the wheel of a car and endanger yourself and other people on our nation’s roadways.

If you have been involved in a car accident in Oregon with someone who may have been under the influence of marijuana, please contact us for a free claim evaluation.