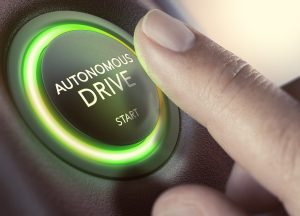 “Driving on auto pilot” became as literal as it can be recently when a Tesla vehicle was eventually stopped by police after they noticed the driver was asleep behind the wheel of his Tesla Model S as it cruised along US Interstate 101 at 70 mph in Redwood City, California in the early morning hours of November 30, 2018.

The police followed the four-door sedan for approximately seven miles trying to get the driver to respond their lights and sirens, to not avail. The police officers saw the driver asleep at the wheel and assumed the Tesla’s semi-autonomous Autopilot driver assist system was engaged. The cops pulled in front of the Tesla and started to slow down, and the sedan, sensing something was in front of it, also started to slow down. After about seven minutes (and seven miles) of travel, the two vehicles eventually came to a complete stop in the middle of the 101 just north of the Embarcadero exit in Palo Alto, California—fortunately no other vehicles or stationary objects were involved in this incident.

Asleep at the Wheel. Literally.

After quite a while, the police were able to rouse the driver, who was identified as Los Altos Planning Commission Chairman Alexander Samek, and drove him and the Tesla to a nearby gas station; a sobriety test was administered and failed by the driver. Samek was booked on a DUI and released later in the day.

While the investigation into this traffic stop is still underway, initial reports indicate the Autopilot program was engaged, and the vehicle’s data logs will be able to provide much-needed information to create a picture of exactly what happened after the driver got into the Tesla, started the car, and engaged Autopilot.

Tesla’s semi-autonomous driver assist program has come under fire and has been “tweaked” several more times following fatal crashes, the last of which was on March 23, 2018, when a Tesla Model X crashed into a freeway divider, killing the driver, causing a fire, and shutting down two lanes of Highway 101 near Mountain View, California.

The National Transportation Safety Board (NTSB) is still investigating that crash. However, preliminary findings made public a few months ago showed the data from the crashed vehicle indicated the driver had his hands on the wheel three times in the 60 seconds leading up to the crash, but for the last six seconds, his hands were not on the wheel. Another thing that is known about this particular fatal crash is that the Tesla had been following a vehicle at 65 mph but then began to steer itself left toward a crash attenuator and had accelerated to just over 70 mph.

While the Autopilot system is able to self-steer a Tesla within a lane while maintaining its speed and braking for obstacles, it requires periodic input from the driver to verify the driver is paying attention to the car and the road. However, the time between alerts isn’t fixed and varies depending on certain driving and road conditions. If a driver fails to respond when reminded or prompted, the system is programmed to bring the car to a stop with the hazard lights on and contact Tesla service.

Implications for the Future?

With advances in technology come exciting new possibilities but also some problems and questions. Many technological advances like self-driving cars seem to need constant updates and improvements, which is not at all surprising, but how dangerous is it to try out new technology that may be years away from its final form?

Will Alexander Samek’s lawyer use what may be a flawed Autopilot system in the Tesla Model S as a defense to his drunk driving? While many of us cannot imagine a world in which we can get behind the vehicle of a car while we’re intoxicated and depend on our self-driving car to get us home safely, will state and federal laws need to be rewritten to make it clear that drunk drivers cannot depend on semi-autonomous vehicles? What about drivers that simply fall asleep while behind the wheel of their self-driving car? Is that illegal or just bad behavior? Just how much can drivers, legally, depend on their self-driving car, and how effective is the technology at monitoring a driver’s alertness while on autopilot?